BOSSIER CITY, La., July 19, 2018 – Beloit, an industrial city along the Rock River in southeast Wisconsin, has undergone a facelift during recent years. Among the largest renovations has been at the original Beloit Corporation, which closed its doors in 1999 after more than 140 years. 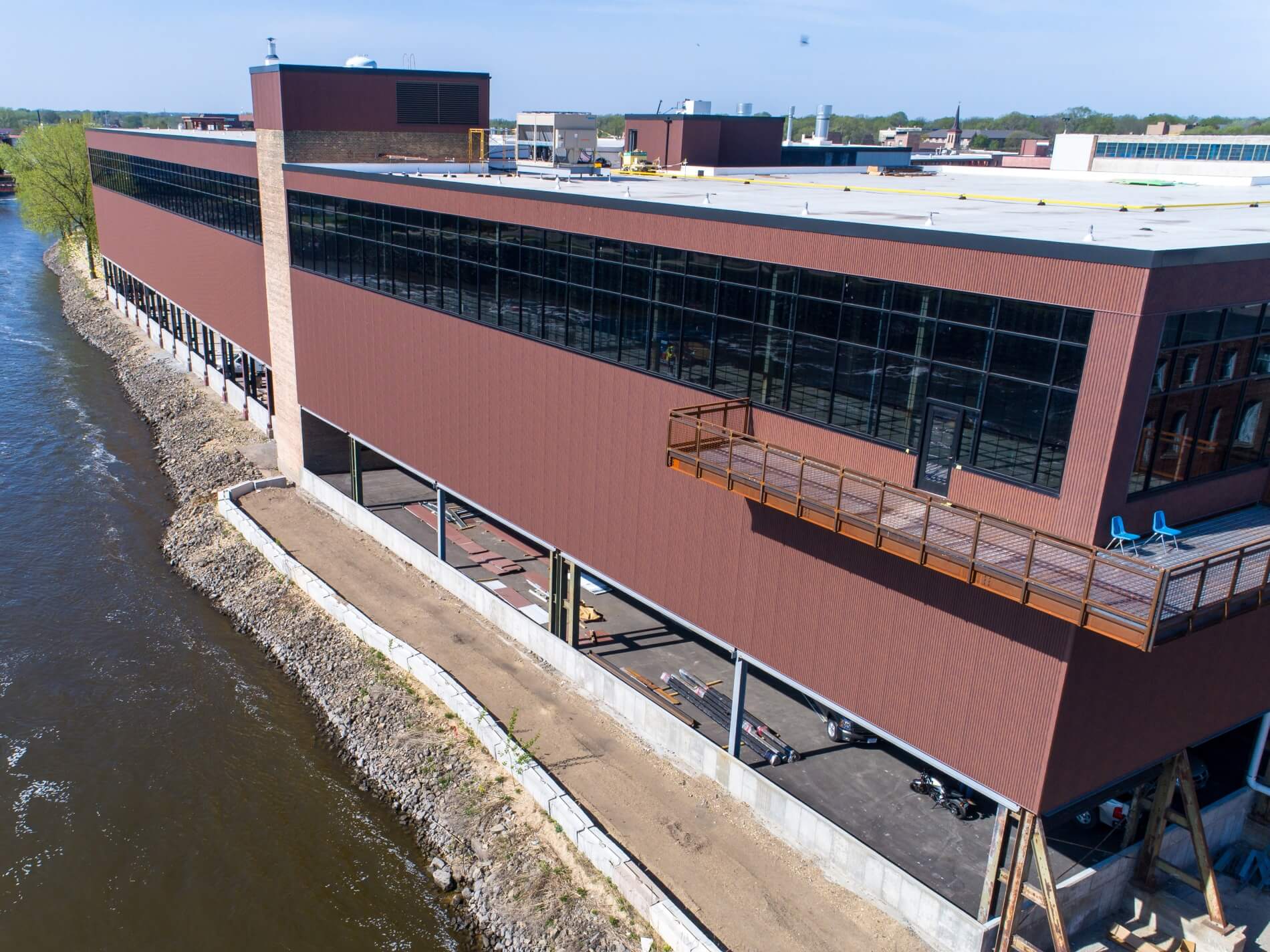 The property was purchased in 2001 by ABC Supply Inc. co-founders Diane and the late Ken Hendricks, who then began redevelopment of the property. Nearly 50 different businesses occupy or plan to occupy space in the building, renamed Ironworks. To maintain the historic industrial appearance, Multi-Cor Cor-Ten AZP Raw corrugated panels from McElroy Metal were installed on exterior walls and used in a variety of interior locations as design accents. As the renovation continues, more Cor-Ten AZP Raw will be installed.

“The whole feel of the campus is for the industrial look,” says Jim Tibbetts, AAIA, project manager at Angus-Young Associates Inc. of Janesville, Wis. “During the first stages of renovation, there was still industry going on within the buildings. It was eventually phased out and it’s now dedicated to office space, retail and some restaurants.”

In addition to office space and restaurants, the Ironworks campus is home to a golf training center and several tech startups.

“We looked at several panels with Hendricks Development, but this one really captured the eye,” Tibbetts says. “It is a true rustic look. The corrugations are only 7/8 of an inch deep, so it doesn’t take a lot to back it up like a rainscreen would. Cost is also a consideration. It’s not over-the-top expensive.”

“The rusty industrial look is what they were after,” says Lindsey Hartwig, project coordinator at CCI. “The installation went just like it was supposed to on the exterior. It looks great.”

Hartwig says many of the businesses on campus have selected the Cor-Ten AZP Raw for interior design highlights … the YMCA has it wrapped around the reception desk and as part of the donor wall.

The ongoing $30 million renovation at Ironworks includes new entrances, parking and road upgrades, as well as new windows, flooring, lighting, electrical and other amenities. The original manufacturing building, with 50-foot ceilings, still stands, but has been converted to a three-story building, creating more floor and loft space. 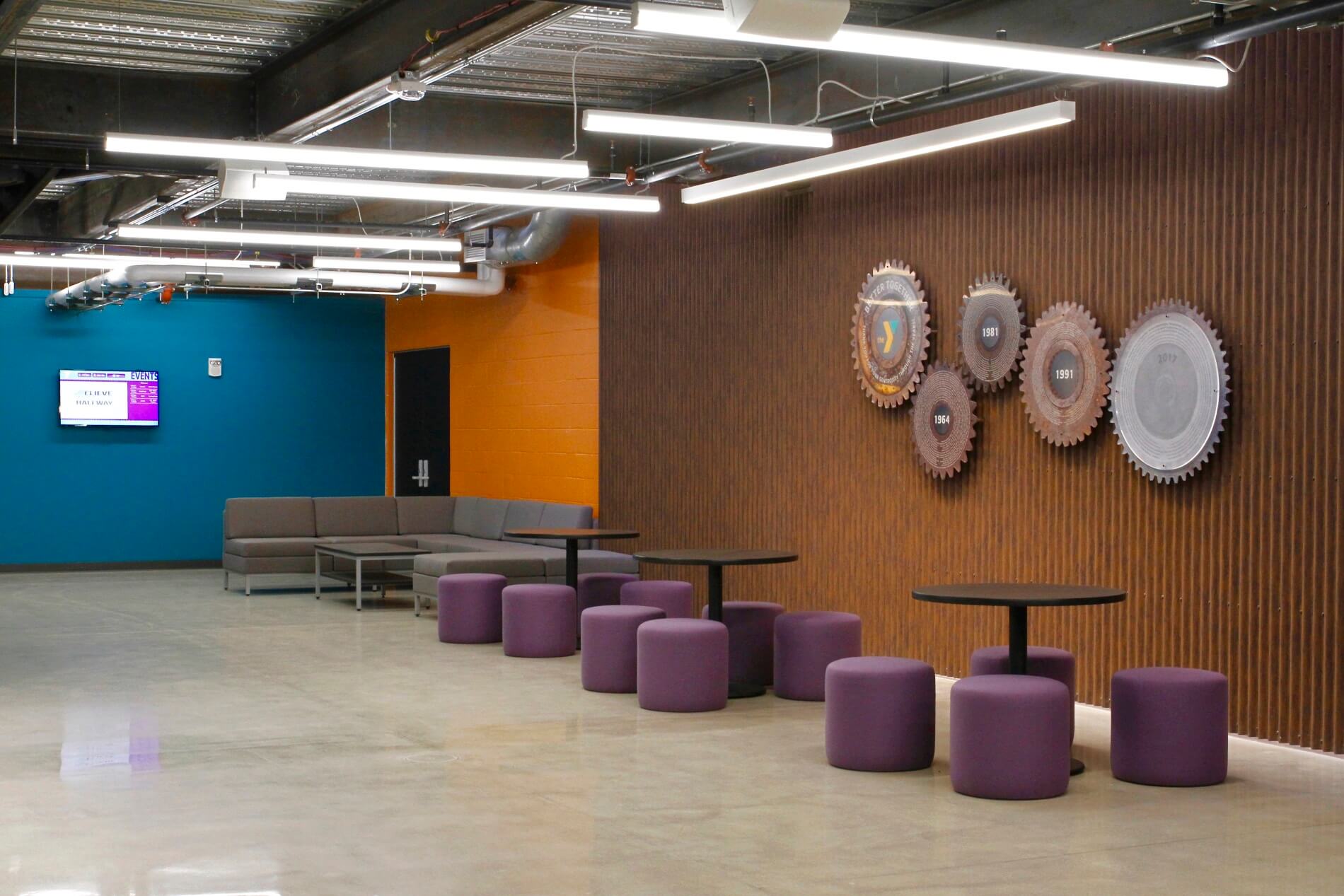