BOSSIER CITY, La., May 18, 2018 – The new Saia LTL Freight facility in St. Peters, Mo., was designed with company branding in mind. The colors and products chosen, including metal roofing from McElroy Metal, were a true team decision. 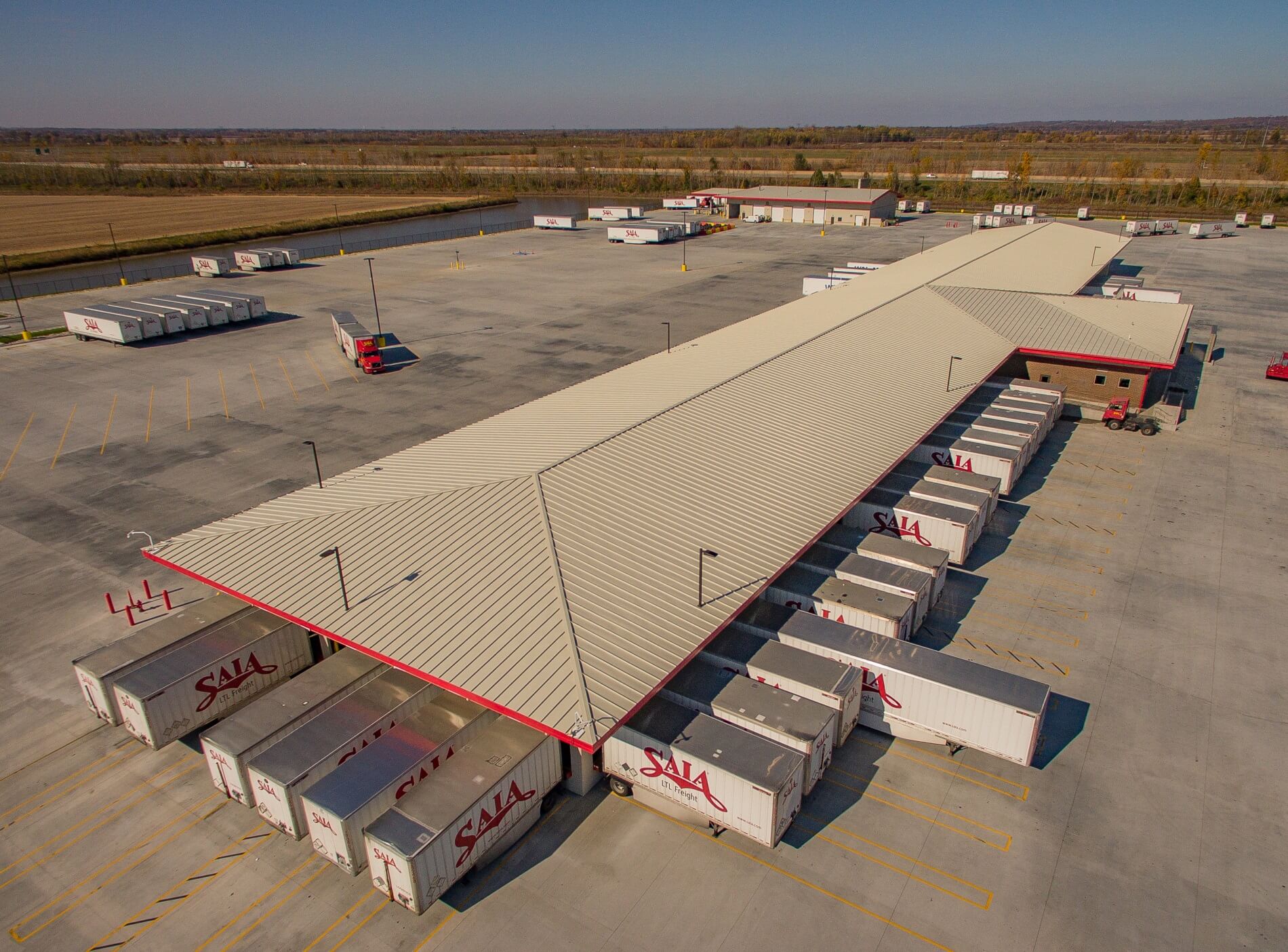 David Mollenkopf, AIA, of Mollenkopf Design Group in Nashville headed up the design with his project manager, Eric Scowden, AIA. In addition to metal, TPO and membrane roofing was considered for the project, which was very near the highway.

“Saia wanted to stay with metal,” Mollenkopf says. “They like metal for its durability and for the look. I think everyone is happy with the performance so far as well as how it looks.”

Mollenkopf says a few years earlier, he had been a part of a similar project. The big difference was the gable roofs at both ends and above the office, something Saia insisted on. “We are very team-oriented,” Mollenkopf says. “We work with the owner, general contractor and subcontractors to make sure everyone has input and everyone is all on the same page. Saia knew what it wanted and the roofer was very proactive when it came to offering solutions or suggestions. The result is it looks great, especially when you’re on the highway, looking down on it.”

The roof is 90,000 square feet of McElroy’s 238T symmetrical standing seam roofing system, in a PVDF Sandstone color. The panels were formed on site to meet the request from Saia to have roofing with no lap seams. The fascia and gutters are Brite Red and the soffits are Marquee-Lok in Sandstone.

Scowden says a portion of the trusses were custom designed and constructed to accommodate the roofing. “They felt it was important to their brand,” he says. “We ultimately chose the 238T because it is a prominent profile, so it casts a shadow line as the angle of the sun changes during the day.”

“It’s a big roof, but it was a breeze,” says Aaron Fisher, project manager for Missouri Builders. “The details were pretty much standard … lights along the eaves every 60-70 feet were about it for penetrations, so it was a straightforward project.”

The project was completed in August 2017.