Rua and Son Mechanical manufactures, curves panel on military base

BOSSIER CITY, La., May 17, 2016 – For more than a decade, the patrons of the Reece Point Club House at Coyote Run Golf Course were forced to put up with a leaky roof at the entrances. Rua and Son Mechanical of Lincoln, Calif., took a little extra care with the installation of the 238T Plank and Pencil Rib standing seam metal roof from McElroy Metal to solve the issues. 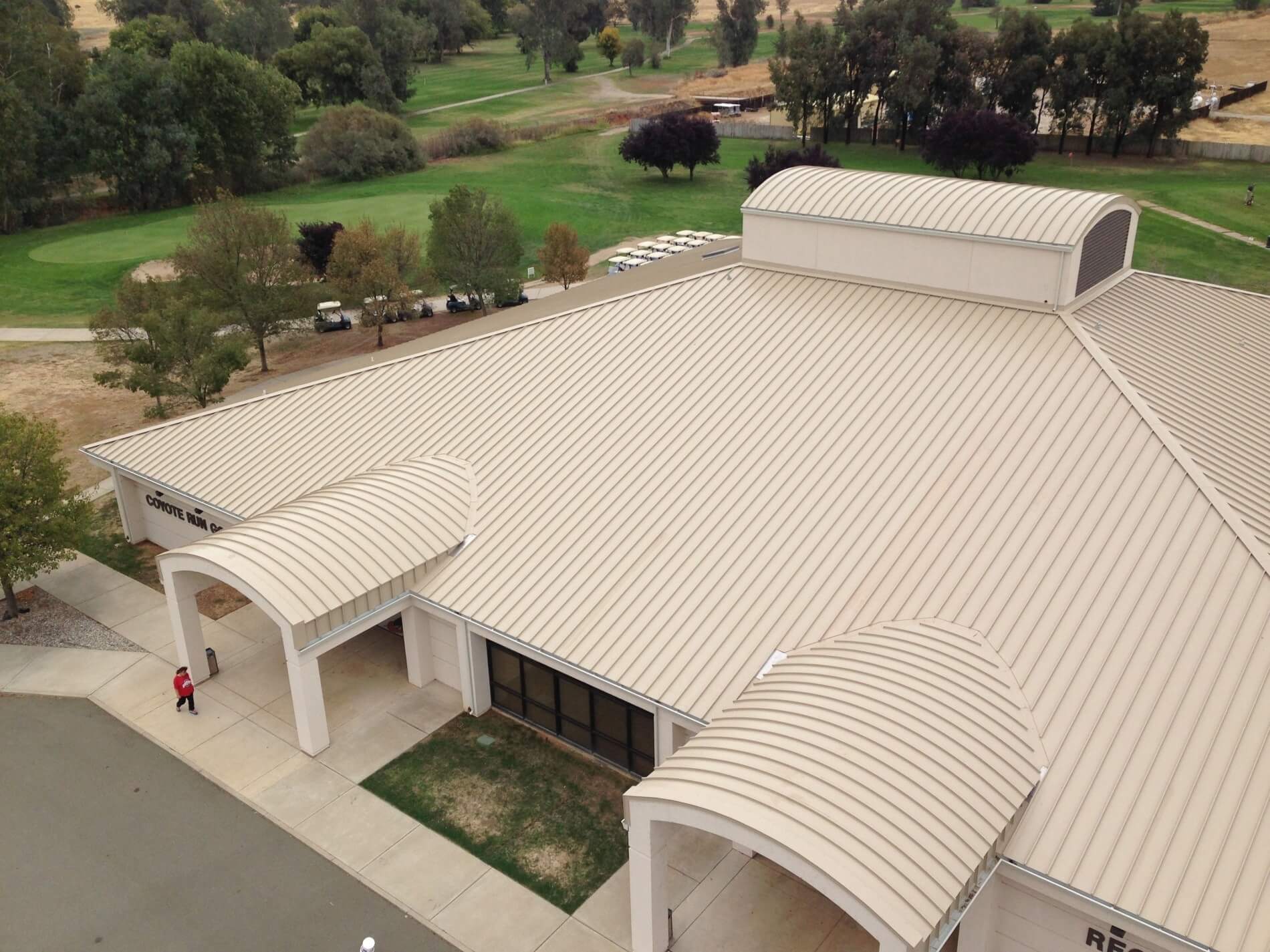 The problem areas were the valleys between the roofing and the curved roofing over the entrances. “That’s where all the problems were and they were dealing with leaks from day one,” says Louie Rua, president of Rua and Son. “We installed a system with better lapping and counterflashing. At the transition, we installed a 1/2-inch aluminum welded saddle.”

McElroy Metal brought a roll former and curver to the jobsite, located on Air Combat Command at Beale Air Force Base, east of Marysville, Calif. Approximately 30,800 square feet of the 238T panel in Surrey Beige was formed and installed. The longest panels were almost 70 feet long. Five areas required curved panels, the four entrances and at the top of the club house, a large vented area for the HVAC equipment in the attic.

Rua and Son previously performed work at Beale Air Force Base, requiring crew members to obtain government clearance. “And there are high safety requirements on the base,” Rua says. “That’s nothing new for our crews as we work hard to follow safety regulations on every job.”

Andrew Drumheller of North Star Construction of Yuba City, Calif., oversaw the re-roofing project as the general contractor. “There is a lot of security protocol in place on this military base,” Drumheller says. “Security is very tight. And the building was in use the whole time, so our challenge was coordinating the job with the occupants. Our installer did a great job.”

Does Solar Make “Cents” for Your Business?