In the world of roof panel systems, solar and metal make the ultimate power couple. 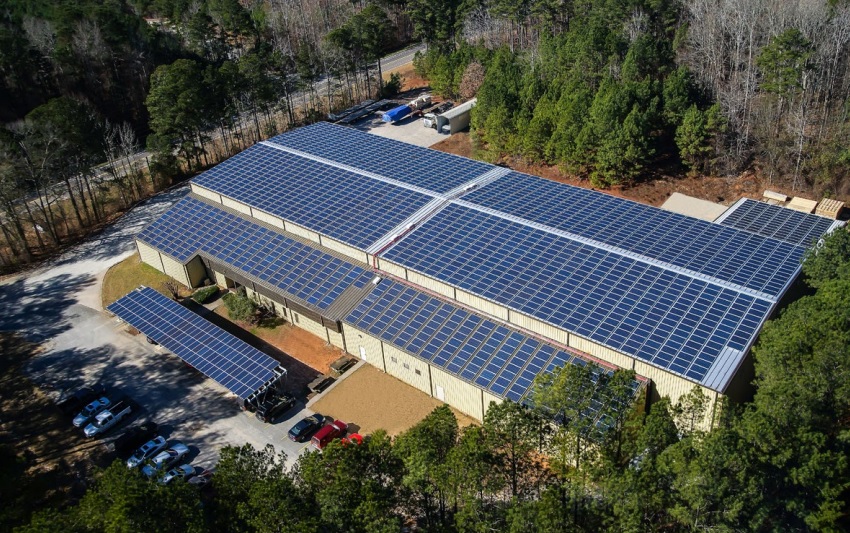 Individually, both systems are known for their durability, sustainability, and long-term cost savings. Together, they promise building owners a roof with a solid future—structurally, economically, and environmentally—particularly in states that offer tax incentives for using solar energy (see www.dsireusa.org).

An example is McElroy Metal’s retrofit installation and 500 kW solar project on its manufacturing facility in Peachtree City, GA. The solar project, which is part of a solar initiative program in Georgia, included the installation of 1,960 solar panels on both the plant roof and carport canopy. The power generated by the system will be sold back to Georgia Power, the regional utility provider.

“In general, metal is the best substrate for solar considering that the lifespan of both products match up perfectly,” said Andrew Proctor, senior project engineer of Inovateus Solar LLC, South Bend, IN, which served as general contractor on this project. “Solar on metal is not a new concept, but it is a growing trend. Solar installers are targeting metal roofs for the long lifespan and ease of installation.” 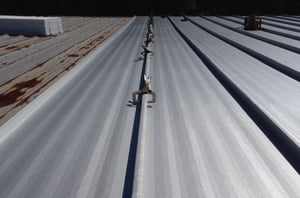 Dodge and his crews found the panel system easy to work with. “It’s a 2-ft panel so the erection was faster because we were covering more square feet per panel,” Dodge said, noting that his crews were able to cover an average 5,000 sq ft per day. “Everybody in the field was pleased with the installation. I don’t think it could have gone any better. The entire project took 6 weeks.”

The Paramount Metal Systems crew installed the 30,000 sq ft of retrofit metal roofing panels in about 8 days and needed another 2 1/2 weeks to install the solar panels.

To attach the solar panels, three different S-5!® clamps were used—one for the 238T panel, one for an existing through-fastened panel on the facility, and a third for the existing standing seam panel on an office lean-to. The entire array was attached using the S-5-PV Kit, which allow attachment without penetrating the roof, rather than traditional rail or rack attachment methods. With the UL-listed S-5-PV Kit, modules are anchored in a way that provides a ground path in the module frame, practically eliminating the need for lugs or wire. 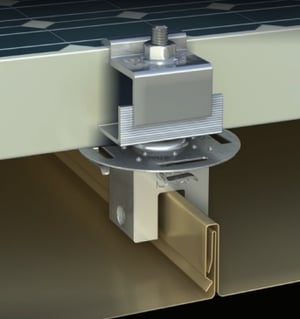 The tall clip stands just above the existing panel’s major ribs, allowing for the insulation. For this project, foam insulation provided increased R-value as well as support for the new roof panels.

When it comes to installing solar on metal, Gieseke noted that the economies of scale are ideal when both solar and metal panels are installed at the same time. With good project management and the use of high-grade, easy-to-install metal panels, the process can run very smoothly. “This project actually ran like clockwork,” Gieseke said.