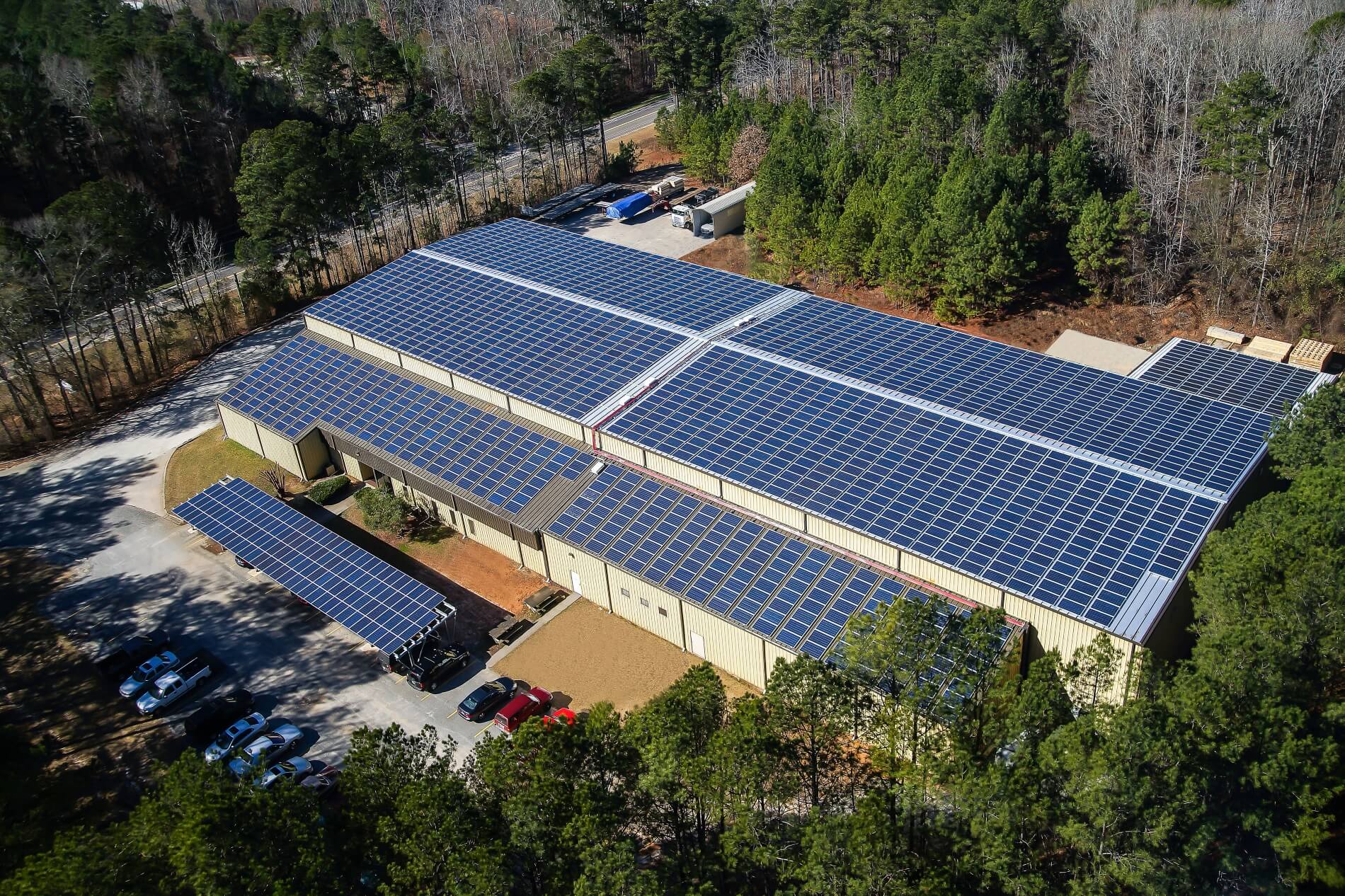 McElroy Metal recently completed the retrofit installation and 500 kW solar project on its manufacturing facility in Peachtree City, Ga. The project, believed to be the largest solar installation for a metal roofing manufacturer, is part of the Medium Scale Georgia Power Advanced Solar Initiative Program. Inovateus Solar LLC, a worldwide installer of commercial and industrial solar power systems, worked with McElroy on the project.

A total of 1,960 solar panels were installed on the plant roof and on a canopy in the parking lot. The half megawatt solar system became operational in late December. The energy generated will not directly power the facility, but will be “sold” back to Georgia Power. The power generated will far surpass Peachtree’s energy consumption.

Through its partnership with Inovateus Solar, McElroy Metal provides complete solar solutions for commercial and industrial applications. The company offers many roofing panels that make an excellent substrate, or host material, for solar panels.

“We are very excited to have installed a half megawatt photovoltaic system on our Peachtree City facility,” says McElroy President Ian McElroy. “The existing metal roof, a galvanized R-panel, was more than 34 years old. We retrofitted with our 238T symmetrical standing seam system which provides an excellent metal over metal re-roof solution. And since we were installing a new roof, we decided to explore adding solar to the plans. Fortunately, we were able to put together a plan that made financial sense.”

McElroy’s 238T symmetrical standing seam systems do not have male and female seams, but are comprised of panels with matching left and right seams. The panels are joined with a mechanically seamed cap. The panels are non-directional and can be installed left to right, right to left or even center to right or left. In addition to installation benefits, symmetrical panels offer easy individual panel removal and replacement for easy plenum access. Panels can even be re-installed, requiring only the purchase and installation of a new cap.

For the Peachtree City project, the panels were installed over the existing roof with the aid of McElroy’s patent pending 238T Retrofit Clip, a 3-1/2-inch standoff clip that elevates the new roofing system to the top of the existing panels. The 238T Retrofit Clip sits between the ribs of the existing roof, eliminating the need for sub-framing, greatly reducing material and labor expense. In fact, the use of the 238T Retrofit Clip instead of a sub-framing system, reduced the overall cost of the re-roof portion by approximately 25 percent. The tall clip stands above the existing panel’s major ribs, allowing for the addition of insulation. For this project, foam insulation provided increased R-value as well as support for the new roof panels.

“We found the 238T to be an amicable panel to work with for this type of system,” says David Dodge, president of Paramount Metal Systems in Little Rock, Ark. “It’s a two-foot panel so the erection was faster because we were covering more square foot per panel. Everybody in the field was pleased with the installation.”

Dodge said the Paramount Metal Systems crew installed the 30,000 square feet of retrofit metal roofing panels in about 7 to 8 days and needed another 2-1/2 weeks to install the solar panels. Three different clamps from S-5! Solutions were used to attach the solar panels, one for the 238T panel, one for an existing through-fastened panel in the back corner of the facility and a third for the existing standing seam panel on the office lean-to.

“Once we got the roofing panels installed, we were able to lay out the S-5! clamps,” Dodge says. “Honestly, I don’t think it could have gone any better and I would have to attribute that to the efforts of the whole team. The entire project took four to five weeks.”