It takes a special roofer to agree to recover a 20-year-old roof that’s been leaking since it was installed. Armed with his own roll former that produces McElroy Metal’s 238T symmetrical standing seam panel, Marty May is that kind of special. 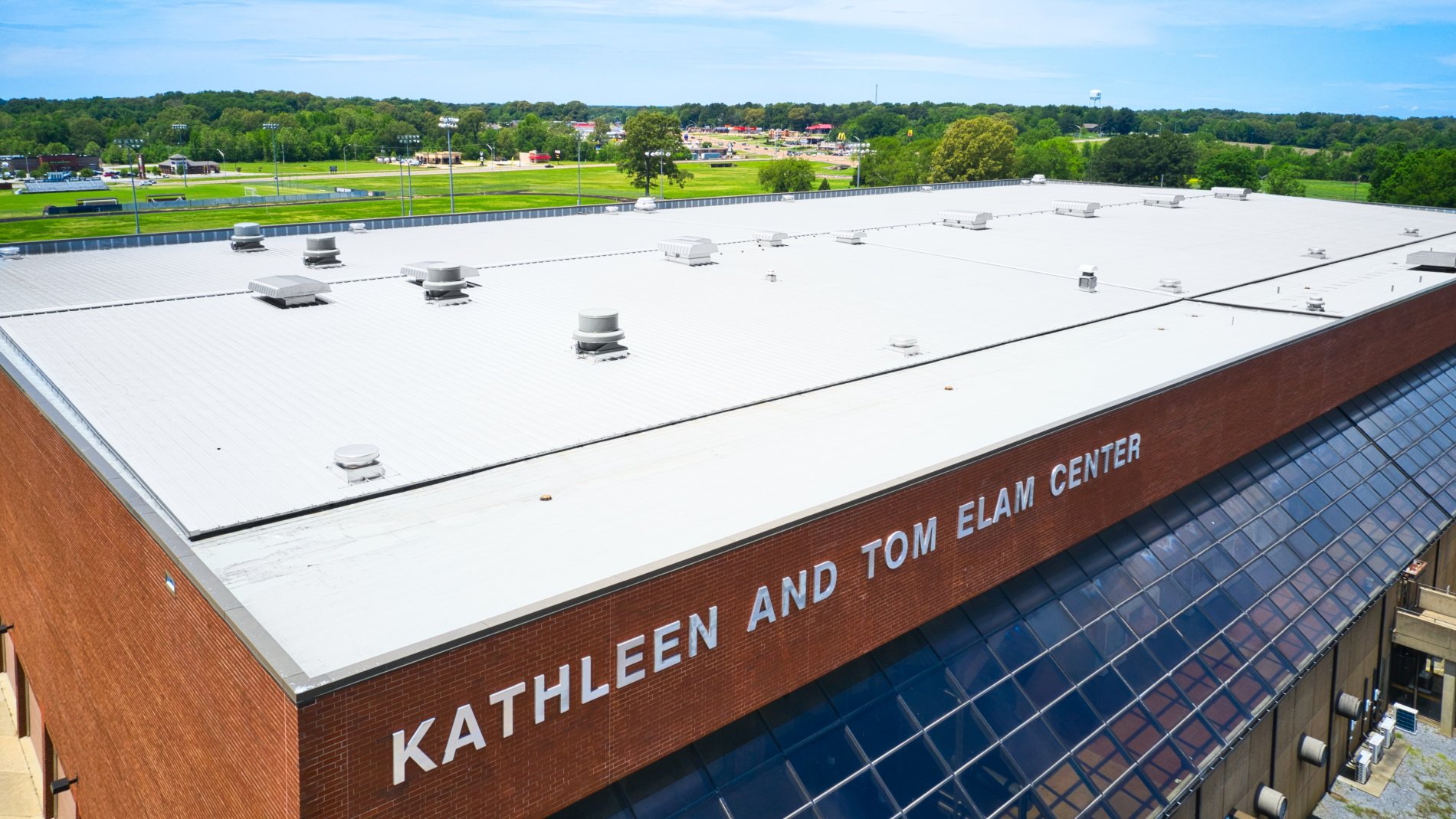 May, the Chief Manager at Architectural Paneling LLC of Covington, Tenn., believes he was one of no more than two roofers who submitted a bid to recover the failing roof on the Kathleen and Tom Elam Center at the University of Tennessee-Martin. The original modified bitumen roof was topped once with sub-purlins and a metal roofing system that contained end laps. That retrofit installation didn’t solve the problem.

“Once we got involved with the job, most of the other companies backed off, knowing we would do our due diligence and get the job done right,” May says. “Once we started, we smoked it pretty good; we got it done in four months.”

The Elam Center is the busy home of intercollegiate athletics and the Department of Health and Human Performance on the west entrance of campus. It houses seven basketball courts with volleyball and badminton options, six racquetball courts, an Olympic-sized swimming pool, an interior jogging balcony and an aerobics room. The arena, which seats 4,800, is home to men's and women's basketball and various campus-wide student activities such as homecoming events, concerts, intramural sports and programming associated with academic speakers, senior preview day and freshmen welcome week. 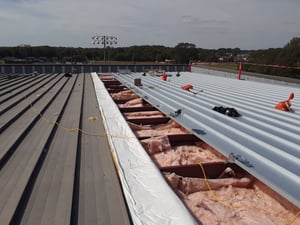 “The old retrofit metal roof had end panel splices which were leaking at various areas and required constant maintenance and resealing,” says Mark Maddox, AIA, of TLM Associates in Jackson, Tenn. “Also, the termination/drip edges of the panels were not installed correctly and allowed capillary action rainwater to infiltrate the building.”

In addition, Maddox says the existing insulation did not meet current code requirements and the cavity underneath the roof was not properly ventilated.

“Our approach, under the guidance of UT Facilities planning, was to specify complete removal and replacement of the entire metal panel system,” Maddox says. “Metal was chosen due to its long-term durability and life-cycle cost considerations, as compared to single-ply and other systems. We specified a continuous panel, approximately 98 feet long, which required jobsite roll forming. It also called for accommodations at the ridge and eave for the proper thermal expansion/contraction of each panel. A special eave/drip edge was extended sufficiently beyond the supporting wall to solve issues along the previous drip edge.”

The low slope roof (1/2:12) runs in one direction, to the back of the building, where 60 linear feet of headwall flashings had to be replaced. From there is a four-inch drop to a modified bitumen roof on another section of the building that has internal gutters to handle rain drainage. As a last step to preparing the roof for the new panels, 8 inches of unfaced fiberglass insulation was installed between the sub-purlins.

“Our plan was to hoist our machine to the roof and run the panels on the roof,” May says, “but it was determined that the roof wouldn’t be able to support the roll former and the coil, probably about 13,000 pounds.”

Plan B was to erect scaffolding from Tennessee Scaffolding and crane the roll former and coil to the top, where it was bolted to the scaffolding. A crew of 10-12 collected the 98-foot long, 22-gauge Galvalume Plus panels (18 inches wide) as they came off the machine and stacked them on the roof. May says his crew installed a thermal spacer between the sub-purlins and the 238T roofing panels.

McElroy’s 238T panel is a symmetrical standing seam panel, so it does not have male and female seams. It’s comprised of panels with matching left and right seams. The panels are joined with a mechanically seamed cap. The panels are non-directional, meaning they can be installed left to right, right to left, or even from the center out.

The new system also called for new insulation to meet the 2012 IECC energy code and proper ventilation. Also included with the specification was a Special Total Roofing System warranty, with a 20-year no-dollar limit.

Remove and Replace or Recover - Which type of metal roof is best?